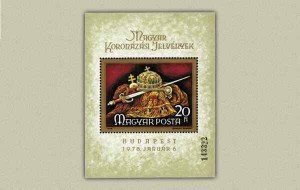 In 1944 the Szent Korona was secretly taken out of Hungary by the Hungarian guards to protect it from the Nazis and subsequently the Communist invasion. Then in 1945 a Hungarian general gave it to the United States Army for safe-keeping.  Initially the crown was housed in Weisbaden then moved to the US Gold Reserve at Fort Knox, Kentucky.  END_OF_DOCUMENT_TOKEN_TO_BE_REPLACED