Holiday Greetings to our dear friends and customers! This is a special time of year as we gather together with family and friends, to trim trees, light candles, sing songs and exchange presents. We here at the Hungaria Stamp Exchange would like to take the time to send you and your family our  warmest holiday greetings and to share with you some highlights of the new philatelic issues from Hungary and year sets from a few other Eastern European countries.

We hope you will take a peek at the photos of the first and hopefully annual HSE Calendar of Eastern European Philately which is included at the end of this newsletter. During the year, many of you have asked us “what countries does HSE stock?”

To help answer that question we’ve included a list of “currently existing” countries well as “previously existing” countries that we also stock. The Hungarian new issues are quite expansive with categories ranging from stamps of famous Hungarians, writers and composers to sacred and historical categories including the exquisite Repatriation of the Sevso Treasure and the Danube Commission. The ever popular topical stamps depicting flora and fauna, travel and motorcycles are also included. If you happened to miss the Hungarian Special Issues we have included a link to our website which contains additional information on the Saints & Blesseds, Stamp Day, Easter and Synagogues sheets that were issued. As a final treat we are pleased to make available year sets from  Croatia, Czech Republic, Slovakia and Serbia. We appreciate your continued patronage and are truly delighted to make these New Issues and other special offerings available to you.

Best wishes from our family to yours,
The Bauer Family
Alan, Diane, Andrew & Diana House of Parliament 2014: Speaker’s Reception Halls
The House of Parliament in Budapest ranks among the world’s most beautiful public buildings. Since 2012 its special architectural solutions have been dealt with and presented in a new philatelic series. As part of this series, the commemorative miniature sheet of eight stamps issued in 2014 features the speaker’s reception halls and some of their distinctive features. In the centre is a label decorated with a silhouette of the House of Parliament. 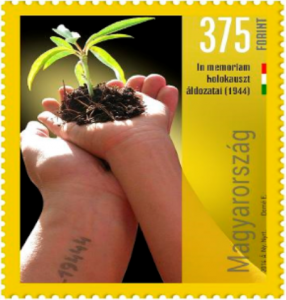 In Memoriam Holocaust Victims (1944)  is a commemorative stamp in remembrance of the victims of the Holocaust. The design of the stamp remembers the victims and symbolically conveys the message of renewal and rebirth. World War I broke out 100 years ago. Magyar Posta is issuing a commemorative stamp to mark the hundredth anniversary of the outbreak of the First World War. Danube Commission has had its seat in Budapest for 60 years  commemorating the anniversary with an overprint of the stamp block Danube Bridges originally issued in 1985. The Danube Commission is an international organization that promotes cooperation for the  free navigation of the Danube. The Commission has its seat in Budapest and its member states are Austria, Bulgaria, Croatia Germany, Hungary, Moldova, Romania, Russia, Serbia, Slovakia and Ukraine. 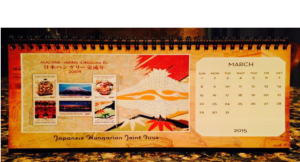 Hungaria Stamp Exchange (HSE) began in Hungary in the 1940’s by Béla “Bill” Bauer. The company was started not even as a business, but a trade with friends. Béla kept a very close relationship with this small circle of friends, some of whom are still our customers. When Béla and his wife, Rita, emigrated to the United States during World War II, he put the business on hold until they got settled. He then restarted the business in the 1950’s with a small core group of customers. He serviced these customers until he passed it on to his son (Alan) in 1982. The company served the same small group of customers and friends until 2004, when Alan created a web presence for the company, with the assistance of his son, Andrew. The website www.hungarianstamps.com was born.

Following that, the business expanded exponentially. Creating the HSE store with inventories of stamps of all of the Eastern European countries allowed the business to expand internationally and process orders for customers in any country, 24 hours a day. Today we have over 600 active customers on all continents and many countries worldwide. Throughout this growth, we have continued to maintain the highest level of personal customer service to our loyal customers throughout the world.

HSE stocks stamps from over thirty countries throughout Eastern Europe and Asia. We have a wide range of other of philatelic items such as supplies, catalogs and albums available to our customers and these are all illustrated in our store. Our online stamp store has a great selection but with a stock of over a million stamps it’s hard to keep them all online, so do let us know if you can’t find a stamp on your want list.